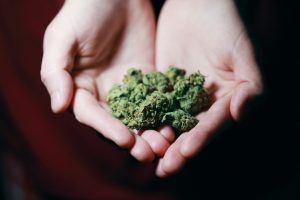 Did you know that THC and CBD are cannabinoids? Contact us if you want to learn more from our educators.

It’s not uncommon for people to talk about cannabis and hemp, and then casually slip in the word “cannabinoids”.

So what the heck are cannabinoids?

Cannabinoids include THC, CBD, CBN and CBG, as well as other lesser-known molecules such as CBC and CBDA. The cannabis plant alone contains over 480 components, and about 66 of them are considered to be official cannabinoids.

As you might already be aware, each of these components have therapeutic properties. What’s more, when each cannabinoid is combined with other cannabinoids, they can provide an “entourage effect.” In other words, when cannabinoids are taken together, they could provide further healing effects. For example, according to a study conducted in 2010, “…patients with cancer pain were given either a pure THC extract or an extract containing near-equal levels of both THC and CBD—patients given the THC/CBD combo reported having less pain,” explains Leafly.

If you want to reap the benefits of the entourage effect, please speak to a Canna Relief educator. We can also connect you with a medical doctor if you’re inquiring about a medical cannabis prescription. Call us at 905-284, 4420 or click here to send us a message.