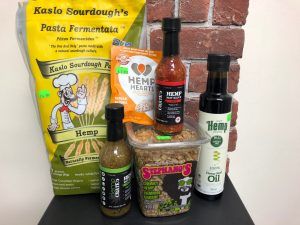 Hemp can be found in food, clothing, jewellery, health supplements and more! Ask us if you have any questions about hemp.

Hemp is extremely therapeutic, containing CBD and essential fatty acids. But did you know also that hemp has a colourful Canadian past? Read these notable facts on the highs and lows of hemp in Canada:

Do you want to learn more about hemp? Click here to read “8 Quick Facts You Never Knew About Hemp.”

“How did Canada get here? A timeline of Cannabis and Hemp from Prohibition to Legalization” by Sydney Perelmutter, the Growth-Op, posted July 19, 2019, viewed on Deember 23, 2019.